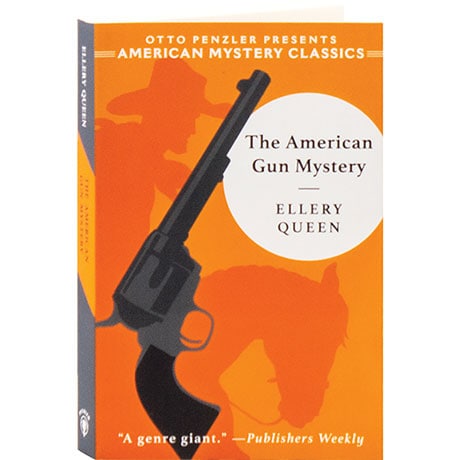 In the movies, Buck Horne was always the definitive cowboy, but now his career is nearly kaput. The real box office draw is his daughter, Kit, a brawling beauty who can outshoot any rascal the studio has to offer. Desperate for a comeback, Buck joins a traveling rodeo for a show in New York, but he has scarcely mounted his horse when he falls to the dirt—with a very real bullet in his heart. Watching from the stands are Ellery Queen and his police detective father, and to solve this rodeo killing—their sixth case, after The Egyptian Cross Mystery—the Queens must learn to talk cowboy.