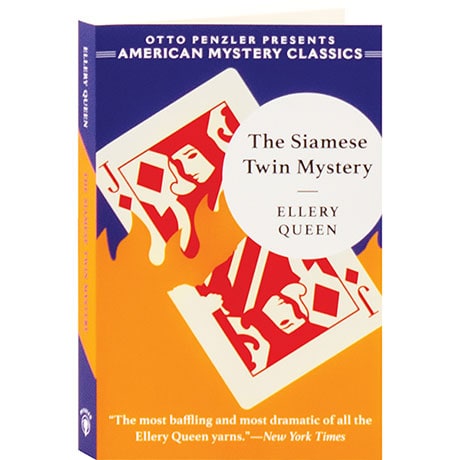 To escape a forest fire, Ellery Queen and his father, Richard, take shelter at the cliffside manor of Dr. John Xavier. In this 7th outing (after The American Gun Mystery), Ellery is puzzled by Xavier's bizarre references to his work and later sees a pair of eyes burning in the dark. Before he can confront Xavier about what he's doing in his laboratory, the doctor is found dead while playing solitaire, and the only clue is a ripped six of spades. The stakes in this game are life and death, and so Ellery sets about solving the crime, and the suspects include the victim's valet, a pair of conjoined twins, and the mysterious Mr. Smith.