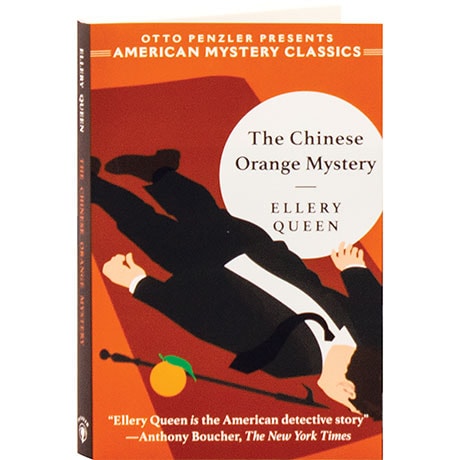 As publisher Donald Kirk prepares for a banquet, an unfamiliar man comes to call at the office. Within an hour, the mysterious visitor is dead on the floor, head bashed in with a fireplace poker. Stranger still, in this 8th case (after The Siamese Twin Mystery), everything is topsy-turvy—the furniture is now backwards, and even the dead man's clothes have been put on front-to-back. As detective Ellery Queen pries into the secrets of Kirk's Mandarin Press, he must tread lightly, for walking backwards is a surefire way to step off a cliff.