Resolution: Two Brothers, a Nation in Crisis, a World at War 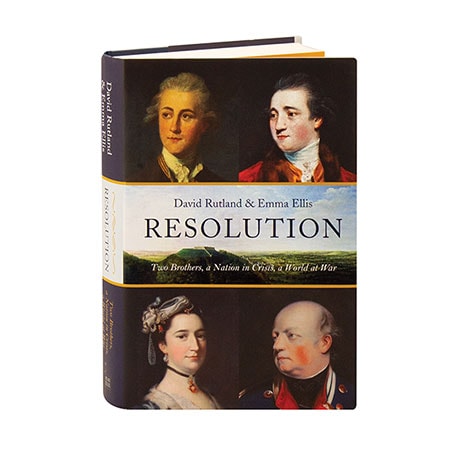 Resolution: Two Brothers, a Nation in Crisis, a World at War

Dying at the age of 49, British war hero John Manners, Marquis of Granby (1721-70) left behind two sons whose contrasting fortunes and tragically short lives shed light on British endeavors in America. Becoming the fourth Duke, Charles sought reconciliation with the colonies, while Robert became flag captain of the Resolution and battled America's French allies in the Caribbean. Based upon the detailed archives held at Belvoir Castle, their descendant David Rutland and naval historian Emma Ellis chronicle two generations of the Manners family and assemble a portrait of aristocratic, political, and naval life in mid-Georgian England.