Chasing History: A Kid in the Newsroom 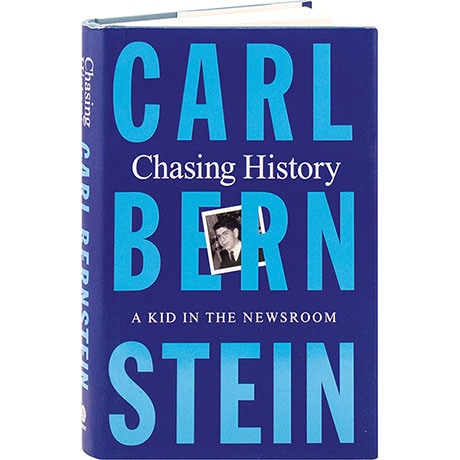 Chasing History: A Kid in the Newsroom

In 1960, Carl Bernstein was just a 16-year-old at considerable risk of failing to graduate high school—and a long way from helping Bob Woodward to topple Richard Nixon's presidency. Inquisitive, self-taught, Bernstein landed a job as a copyboy at the Washington's Evening Star, later becoming a reporter. In this funny and frank memoir, Bernstein reflects on the poignant early days of his Pulitzer Prize-winning journalistic career as he chronicles the Kennedy era, the swelling civil rights movement, and a slew of grisly crimes.

"His career spans the profession's best of times and the worst…. Carl Bernstein's book, which is ultimately a eulogy for print newspapers, is a passionate reminder of exactly what is being lost."—NYTBR