Pearl Harbor: 75 Years Later: A Day of Infamy and Its Legacy 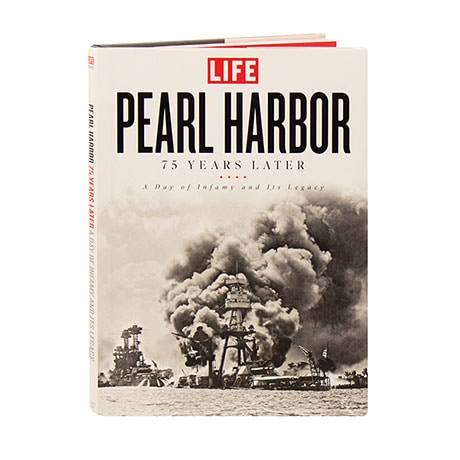 Pearl Harbor: 75 Years Later: A Day of Infamy and Its Legacy

On December 7, 1941, the Japanese Empire stunned the world with a surprise attack on the U.S. naval base at Pearl Harbor. Commemorating this momentous historical event, Life Magazine revisits the infamous scene in beautifully illustrated photographs: the years leading up to 1941, Lindbergh's antiwar rallies, the desperate scene in Europe, and the tense hours at Winston Churchill's 10 Downing Street. Also included here is the feature, "The Call to Action," Life's actual pages in the 10 weeks after the attack, as America mobilized and went to war.