I Dream Of Jeannie: The Complete Second Season 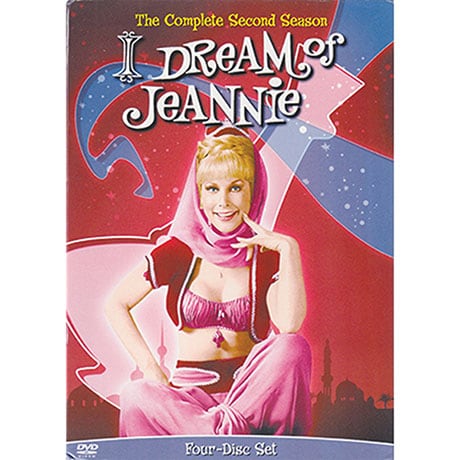 I Dream Of Jeannie: The Complete Second Season

In one of television's most improbable romances, 2,000-year-old Persian spirit Jeannie (Barbara Eden) falls in love with astronaut Tony Nelson (Larry Hagman), and turns his life upside down with her magical mischief. Airing in 1966-67, these 31 episodes in color from season 2 include Jeannie's battle with the Evil Blue Djinn (Michael Ansara), Tony being accidently reduced to six inches tall, and the couple's trip back in time to confer with Napoleon, while the guest stars include Sammy Davis Jr., Groucho Marx, and Dabney Coleman.