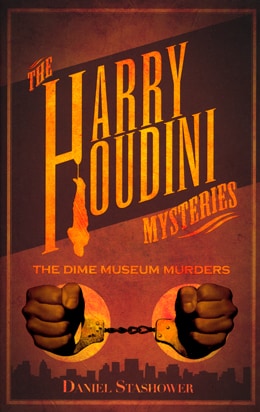 New York City, 1897: Young escapologist Harry Houdini is struggling to get the recognition he craves working in the ruthless entertainment industry, in this first book in the series. When toy tycoon Branford Wintour is found murdered in his Fifth Avenue mansion, seemingly by a magic trick, detectives call upon Houdini and his brother Dash to help solve this mysterious crime.