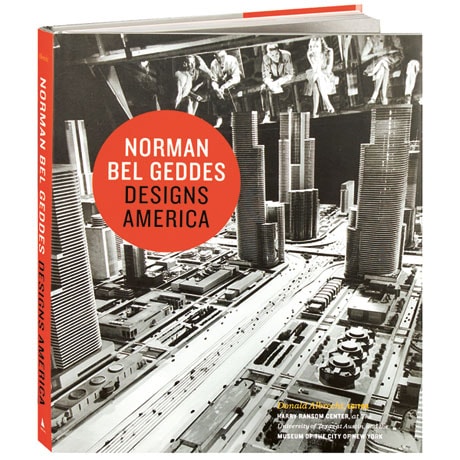 This sumptuous exhibit catalogue explores the life and career of theatrical and industrial designer Norman Bel Geddes (1893–1958) through nearly 100 projects, ranging from streamlined airplanes, ships, and cars to stage sets and home appliances. It includes previously unpublished drawings, models, photographs, and films from the Bel Geddes collection at the Harry Ransom Center at the University of Texas at Austin. It spotlights the designer's Futurama display for the General Motors Highways and Horizons exhibit at the 1939 New York World's Fair, as well as his reconstruction of World War II sea battles for Life magazine, his iconic Emerson radio designs, and his innovative approach of using streamlining not simply as an aesthetic but as a design principle.

"For those who have never heard of Geddes, this book will be a revelation, an introduction to a brilliant craftsman and draftsman, a master of style, the 20th century's Leonardo da Vinci, who was able to realize everything he could imagine."—NYTimes