The Real Messiah: The Throne of St. Mark and the True Origins of Christianity 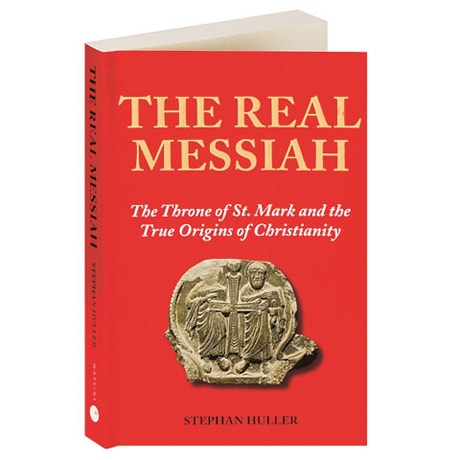 The Real Messiah: The Throne of St. Mark and the True Origins of Christianity

The inheritor of a Frankist Jewish tradition by direct descent from 18th-century Polish religious reformer Jacob Frank, Stephan Huller has for decades been a scholar of St. Mark, and experienced an epiphany after discovering a Samaritan Jewish text carved into the Throne of St. Mark in Venice. In this provocative yet deeply researched book he traces how Jesus himself refused to be identified as the prophesied Messiah, and instead claimed to be a herald for the savior of the Jewish people—Marcus Julius Agrippa, the last Herodic king of the Jews and Jesus's contemporary. It was Agrippa, Huller argues, who truly founded what became known as Christianity, hoping to build a faith to which Jews or gentiles alike could aspire.

"It's hard to imagine how the world would have evolved if Jesus of Nazareth hadn't been proclaimed savior of the world, with the accompanying religious institutions and their impact on societies throughout history. Huller suggests in this intriguing and challenging book that, when the true history of the period is studied, it will reveal that Jesus never claimed to be the Messiah, but instead acted as a herald of the coming one, Marcus Agrippa, who, Huller argues, is the real author of the Gospel of Mark. Huller, a descendant of Jacob Frank, founder of an 18th-century religious sect that combined Judaism and Christianity, draws on extensive knowledge of ancient sources to answer the question, 'Did Jesus build the Church or—just as likely and in some ways more so—did the Church build Jesus?'"—Publishers Weekly