As Easy as Murder: A Primavera Blackstone Mystery 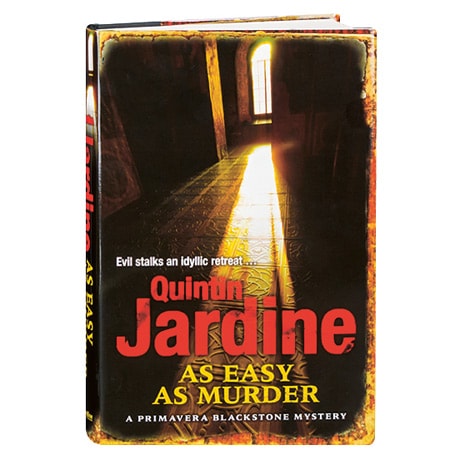 As Easy as Murder: A Primavera Blackstone Mystery

When Oz Blackstone—charming actor and sometime amateur sleuth—took his final bow in For the Death of Me, his feisty, tough-talking ex-wife Primavera took center stage in a new Quintin Jardine mystery series. In this, her third caper (following Blood Red), Prim and their ten-year-old son Tom are joined in their tranquil Spanish Mediterranean village by Oz's nephew Jonny Sinclair, a newly minted pro golfer. But when Prim's best friend Shirley introduces her new beau Patterson Cowling, he seems to be a magnet for trouble; for instance, a thief who had tried to filch his wallet is found a few days later with his face blown off. A bloody coincidence? Or does Cowling have a past to protect? As more bodies appear—and Prim becomes den mother to an extended golfing family—it seems that the hazards are not confined to the course.