The Case of the Hail Mary Celeste: The Case Files of Jack Wenlock, Railway Detective 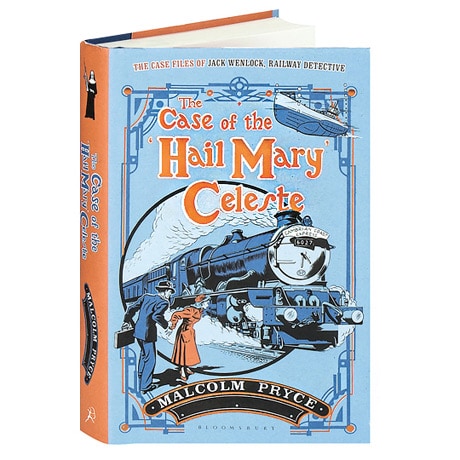 The Case of the Hail Mary Celeste: The Case Files of Jack Wenlock, Railway Detective

Jack Wenlock is the last of the Railway Goslings—that fabled cadre of railway detectives created at the Weeping Cross Railway Servants' Orphanage, who trod the corridors of Great Western trains in the years 1925 to 1947, sworn to keep them free of fare dodgers and purse-stealers, bounders and confidence tricksters, German spies and ladies of the night. But now, as the clock ticks down towards the nationalization of the railways and the end of his service, Jack finds himself investigating a case that begins with an abducted great aunt, but turns into something far darker, touching on the greatest mystery in all of railway lore: the disappearance, in 1915, of 23 nuns from the 7:25 Swindon to Bristol Temple Meads, or the case of the "Hail Mary" Celeste.

"Complex absurdity of a very special sort. Anyone who loves steam trains, detective thrillers and P.G. Wodehouse will feel distinctly at home."—Jasper Fforde