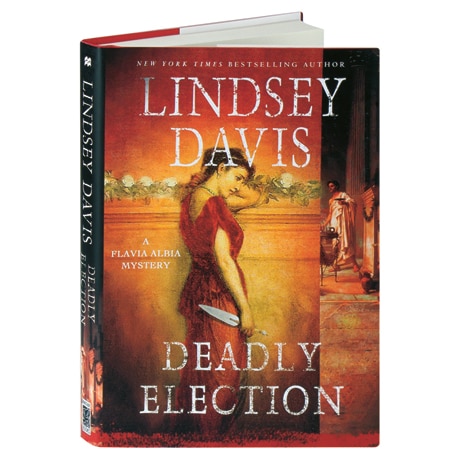 In this third entry in the sequel series from Diamond Dagger winner Lindsey Davis (following Enemies at Home), Marcus Didius Falco's daughter Flavia Albia continues in the investigative career established by her famous father in first-century Rome. Leaving the rest of the family at their place on the coast, Albia returns to work in the city, despite the oppressive July heat, and encounters a mysterious corpse found in a chest on its way to auction. At the same time, magistrate Manlius Faustus asks her to help bolster the political campaign of his friend Sextus, a "good husband and father" whose family values are being called into question.

"A welcome return of Flavia Albia. Lindsey Davis blends wit and meticulous research with a cracking plot. Flavia is caustic and cynical making this a wonderful antidote to the general election ennui."—Times (London)

"As always, Davis vividly paints an ancient Rome full of grandiose architecture and ominous dark alleyways in the sweltering summer heat. Her characters are equally well designed, with distinct personalities that complement the winding mystery."—Library Journal

"Flavia isn't a Marcus clone; she shares some of her father's traits, but she's her own person and quite an interesting one, too. Whether you call this a new series or an extension of the Falco series, it's a fine book, either way."—Booklist