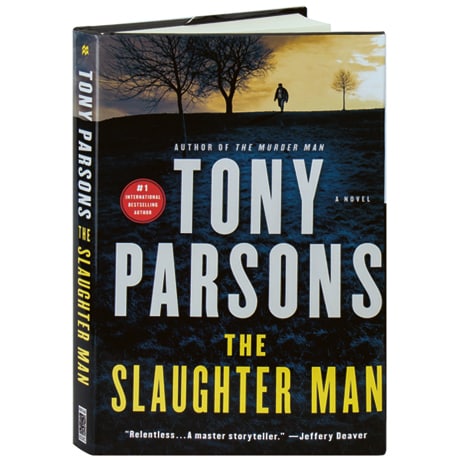 Max Wolfe is back, in this taut sequel to The Murder Man, and this time the two-fisted homicide detective with a small daughter and dog waiting for him at home also has a serial killer waiting for him somewhere out in the London streets. A wealthy family has been found slaughtered inside their gated community, their youngest child stolen away. The murder weapon—a gun used to stun cattle before they are butchered—leads Max to a dusty corner of Scotland Yard's Black Museum devoted to the "Slaughter Man," a mass murderer apprehended 30 years ago who has done his time and is now old and dying. Is he really back in the killing game? Or was this a grotesque homage by a copycat killer, or a contract hit to frame a dying man?

"[Tony Parsons] has decided to try his hand at crime fiction, and made an impressive job of it. The dry Parsons wit is certainly there in Detective Constable Max Wolfe."—Daily Mail (London)