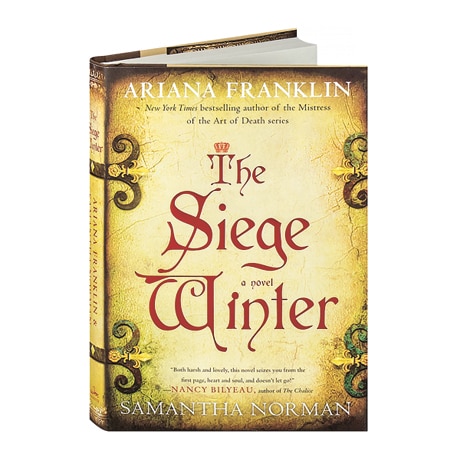 In her final novel (co-written after her death by her daughter), the creator of the Mistress of the Art of Death medieval series takes us back to England in 1141. The country has been ravaged by civil war as King Stephen and his cousin, Empress Matilda, battle for the crown. Emma, a red-haired, 11-year-old peasant, is nearly murdered by a monk with a deadly obsession for redheaded girls, and left for dead in a burned-out church until the archer Gwil finds her by chance. Now dressed as a boy, Emma becomes Penda, Gwil's apprentice—who turns out to have a killer instinct with a bow and arrow. The unlikely pair are soon swept up in the war, as they are caught in the castle where the empress is staying when the king's men lay siege.

"Readers will note [Ariana] Franklin's hand in the storytelling and see the freshness [Samantha] Norman brings to the tale, filled with fascinating characters who drive the plot as much as the tempestuous backdrop. With its bit of intrigue, historical setting and lovely characters, readers will be captivated by this compelling tale."—Historical Novels Review