Governing the Sea in the Early Modern Era: Essays in Honor of Robert C. Ritchie 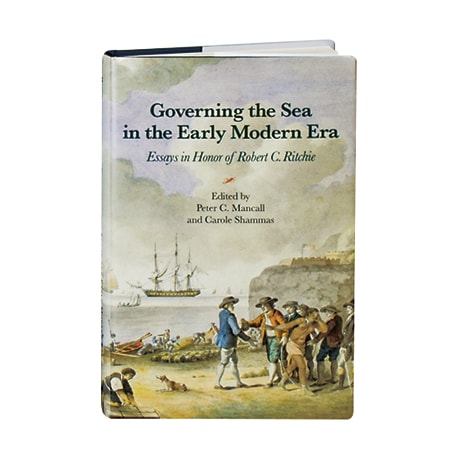 Governing the Sea in the Early Modern Era: Essays in Honor of Robert C. Ritchie

Early modern European governments and their subjects clashed over laws governing behavior on the sea—a realm of watery borders, rampant piracy, the threat of free trade, and the large-scale transportation of human cargo. A pioneering Atlantic historian, Robert C. (Roy) Ritchie was the director of research at California's Huntington Library from 1991 until 2011, and the essays in this volume (assembled to commemorate his retirement) consider how the exploitation of the oceans—the Atlantic in particular—vastly influenced the institution of slavery, long-distance trade, property crime, the environment, and literature, from medieval times to the 19th century.