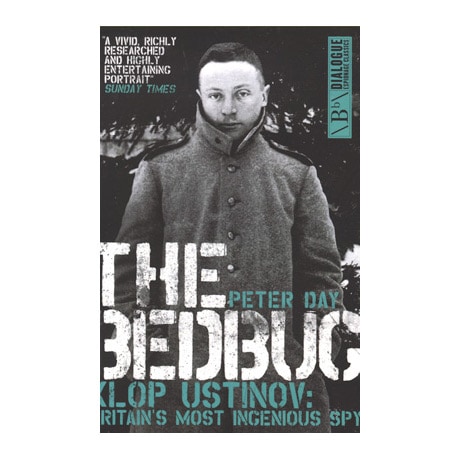 Britain's most ingenious spy was never licensed to kill; instead, Jona "Klop" (Bedbug) Ustinov bemused and beguiled his opponents into revealing their most sensitive national secrets. Educated in Palestine, France, Germany, and Britain, Ustinov bluffed his way into the confidence of everyone from Soviet commissars to Gestapo Gruppenführer. Having been a press officer for the German Embassy in London (until falling out with the Nazi regime), Klop continued to entertain senior officials and frequent social gatherings across Europe. Journalist Peter Day recounts Klop's remarkable success acquiring vital intelligence for MI5 in the guise of the innocent bon viveur, using the charm that he clearly passed on to his son Peter Ustinov.