The First Detective: The Life and Revolutionary Times of Vidocq: Criminal, Spy, and Private Eye 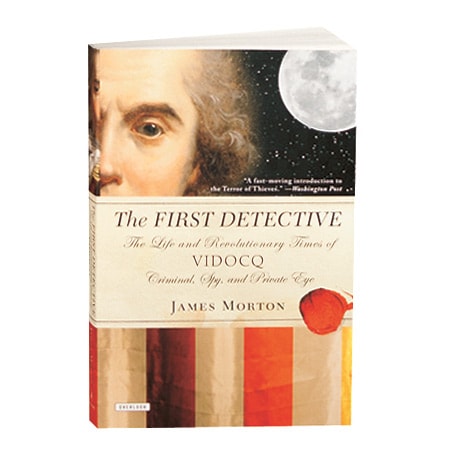 The First Detective: The Life and Revolutionary Times of Vidocq: Criminal, Spy, and Private Eye

Born in France in 1775, Eugène François Vidocq spanned the French Revolution, the Napoleonic Wars, and the 1848 revolutions. He was a criminal in his youth, yet he became a police inspector, employing a gang of ex-convicts as his detectives and developing such techniques as criminal indexing and fingerprinting. And when his unconventional methods forced him to leave the police, Vidocq opened the world's first private detective agency. Following this father of modern criminology through France's 19th-century underworld, James Morton "tracks the shadowy figure whose exploits inspired novelists" (LATimes), including Honoré de Balzac, Victor Hugo, and Alexandre Dumas, as well as, indirectly, Edgar Allan Poe and Arthur Conan Doyle.