Lost Legend of the Thryberg Hawk 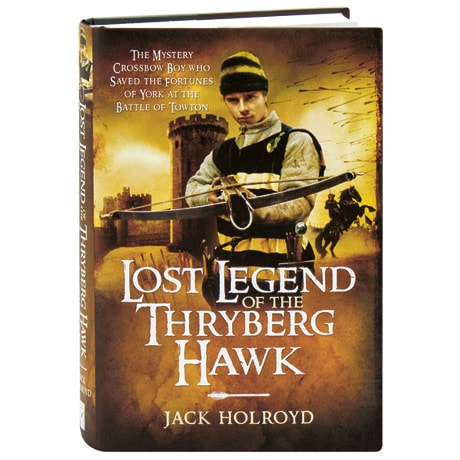 Lost Legend of the Thryberg Hawk

A marksman with skills honed to perfection, driven by necessity and desperation, Edmund Hawksworth hunted with his crossbow to keep his ailing mother alive, only to have her die in his arms. In 1461, the teenager became embroiled in the Wars of the Roses, and led an elite unit of crossbow mercenaries—the Wespen, or Wasps—to turn events in York's favor at the decisive Battle of Towton. A novelist as well as a historian, Jack Holroyd gives this true story of the boyhero the flair of a thriller without sacrificing historical detail. Eight pages of color plates depict the locales mentioned in the book, while the appendices include helpful information on this complex phase of English history.