The Last Ride: A Story of Hank Williams 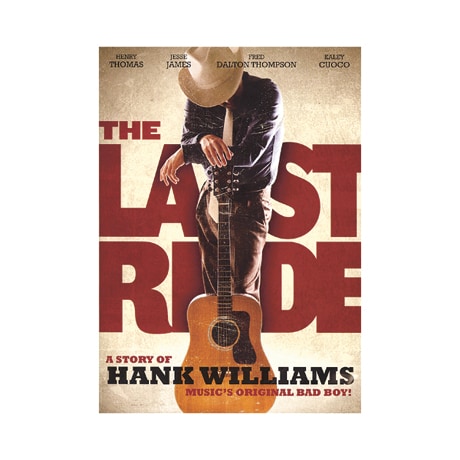 The Last Ride: A Story of Hank Williams

Only 29 years old but badly debilitated by drug and alcohol dependency, country music legend Hank Williams (Henry Thomas) is traveling under an assumed name to avoid his handlers, hiring teenaged auto mechanic Silas (Jesse James) to drive him to his upcoming New Year's Eve concert. Depicting the final days of Williams's life, this 2011 film follows the two as they travel through the Appalachian countryside and forge an unlikely friendship, but Silas is daunted by the huge responsibility of keeping himself and his out-of-control passenger out of trouble—and reaching their destination in one piece. A featurette on the making of the film is also included.