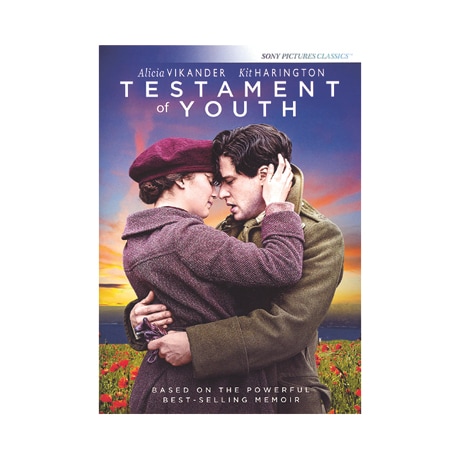 In this beautifully filmed 2014 adaptation of Vera Brittain's classic memoir, Alicia Vikander stars as the resolute English author who left Oxford to serve as a nurse on the home front during World War I; after the loss of her fiancé Roland (Kit Harington) and with her brothers still in the thick of the fighting, she feels compelled to tend the wounded on the frontlines in France. Feeling overwhelmed but succeeding in saving lives despite the odds, Vera will be forced to realize that victory comes at a high price, and no one will come through the war unscathed. DVD extras include director's commentary, deleted scenes, and a making-of featurette.

"[This] stately screen adaptation ... evokes the march of history with a balance and restraint exhibited by few movies with such grand ambitions."—NYTimes