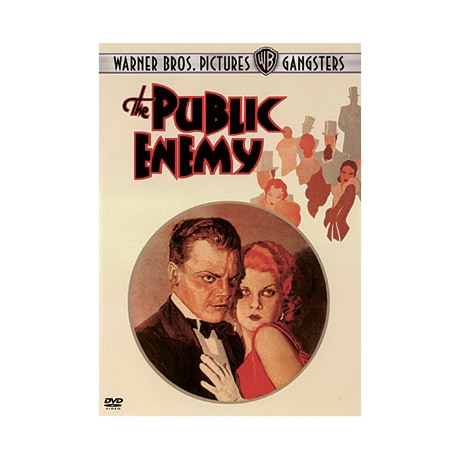 (Academy Award Nominee for Best Screenplay) This gritty 1931 film made James Cagney a star, though it forever typecast him as a tough guy for movie filmgoers; the movie also helped to launch Jean Harlow's brief but spectacular career. In Prohibition-era Chicago, Tom Powers (Cagney) quickly progresses from petty thievery to bootlegging and murder; despite the intervention of his mother (Beryl Mercer) and his upstanding brother (Donald Cook), Powers's inability to restrain himself will embroil him in a winner-take-all gang war. This disc includes the original, unexpurgated version of the film, including the iconic scene in which Powers smashes a grapefruit in his girlfriend's (Mae Clarke) face. DVD extras include commentary by film historian Robert Sklar; a featurette on the book that inspired the film; and Leonard Maltin's Warner Night at the Movies 1931, a program featuring a newsreel, comedy short, and classic cartoon.