Godzilla: With Light And Sound! 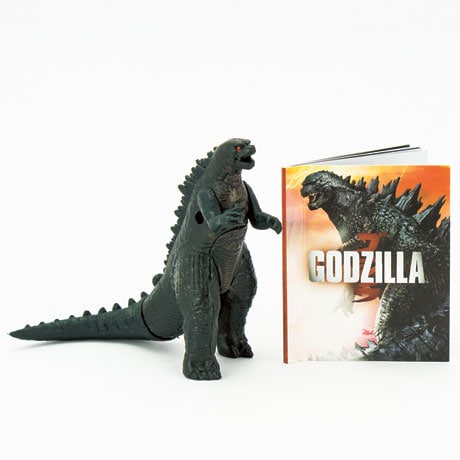 Godzilla: With Light And Sound!

The thundering steps, the blaze of atomic fire, that terrifying roar— it can only be Godzilla, here to wreak havoc on your desktop! But don't worry, this pocket-sized version of the King of Monsters is yours to command. Based on the hugely popular 2014 Warner Brothers reboot of Godzilla, he stands 3½ inches tall (5 inches nose to tail). Just give the longest spines on his back a pinch and press to hear his (tiny) mighty roar and see his mouth emit a blue LED glow. The set includes a booklet with nine Godzilla stickers.