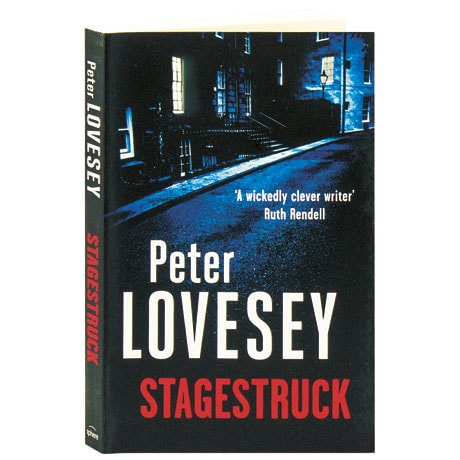 There's plenty of drama of the wrong kind when a fading pop star wanting to launch an acting career at Bath's Theatre Royal gets taken to the hospital with third degree burns. The show must go on, in this novel by Cartier Diamond Dagger winner Peter Lovesey—until another backstage incident ends in murder. Making his eleventh outing (following Skeleton Hill), Bath's top detective, Peter Diamond, is on the case, but for reasons he can't understand, he suffers a physical reaction amounting to phobia each time he goes near the theatre. Before he can find the killer, Diamond must face his own demons. "May I be forgiven for describing Peter Lovesey as an old pro? It is truly meant as a compliment. With his ever-fresh reworking of the classic formula he never fails to intrigue and mystify. [This novel] is one of his best."—Daily Mail(UK)