The Hardy Boys: The Missing Chums 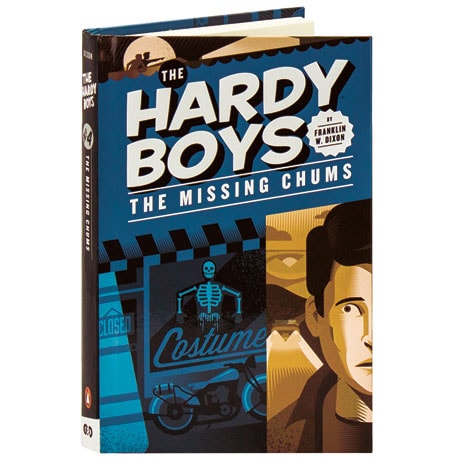 The Hardy Boys: The Missing Chums

Something is amiss in Bayport, the Hardy brothers' hometown, in this fourth mystery in the series. First, someone tries to ram Joe and Frank's boat, the Sleuth; that night, the local bank is robbed; and later still, the young detectives' pals Chet Morton and Biff Hooper mysteriously disappear after a masquerade party. How are the events related? One by one, Frank and Joe tackle the clues—hardly daring to think what might have happened to their missing friends—but they are being lured into a trap that will force their famous detective father into choosing between justice and his sons.