The Fantastic Laboratory of Dr. Weigl: How Two Brave Scientists Battled Typhus and Sabotaged the Nazis 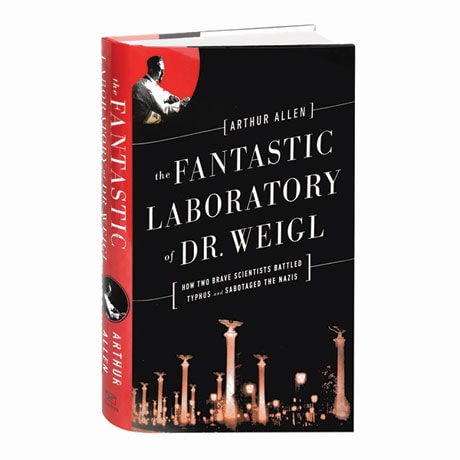 The Fantastic Laboratory of Dr. Weigl: How Two Brave Scientists Battled Typhus and Sabotaged the Nazis

Plagued by typhus on the Eastern Front, the German army turned for help to the brilliant and eccentric Polish zoologist Rudolf Weigl, who had developed a vaccine for the disease in the 1920s. Outraged by Nazi atrocities and prompted by his Christian faith, however, Weigl made his laboratory a safe haven for scientists, doctors, and writers, who used their protected status as a front for a sabotage campaign, sending illegal doses of the vaccine into the Polish ghettos while shipping gallons of the weakened serum to the Wehrmacht. In this "strange and wonderful" (Boston Globe) history, the author of Vaccine and Ripe: The Search for the Perfect Tomato also tells the story of one of Weigl's refugees, gifted Jewish immunologist Ludwik Fleck, imprisoned at Buchenwald and offered a chance to save his own life if he will work for his captors. "Thought-provoking…. [Arthur] Allen writes without sanctimony and never simplifies the people in his book or the moral issues his story inevitably raises."—Wall Street Journal

"Allen is unflinching in his retelling of this monstrous era, but he manages to avoid writing a depressing narrative. Instead, Weigl, Fleck and their vaccines illuminate the inherent social complexities of science and truth and reinforce the overriding good of man. An unforgettable book."—Kirkus Reviews (starred review)