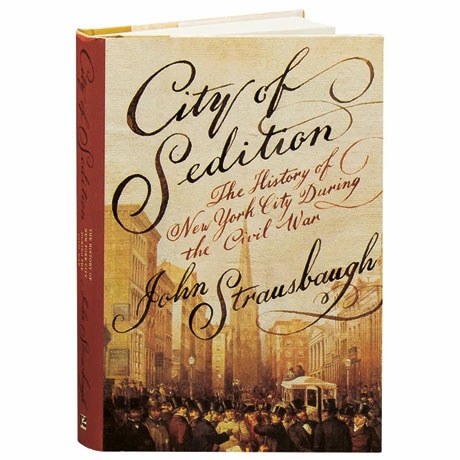 No city raised more men, money, and materiel for the Union war effort than New York, and no city in the North fought more bitterly against involvement in the war. Looking for the sources of this apparent contradiction, John Strausbaugh examines how this city with deep ties to the cotton industry became a hotbed for antiwar Copperheads and profiteers, where newspapers incited their readers to treason. Strausbaugh also chronicles how the 1863 draft law led to particularly brutal riots, which—intended as a protest against conscription—ultimately resulted in widespread violence against African Americans. The 2016 winner of the Fletcher Pratt Award for NonFiction, this history's cast of characters includes Walt Whitman and Boss Tweed, Herman Melville and Julia Ward Howe.