Don't Point That Thing At Me: The First Charlie Mortdecai Novel 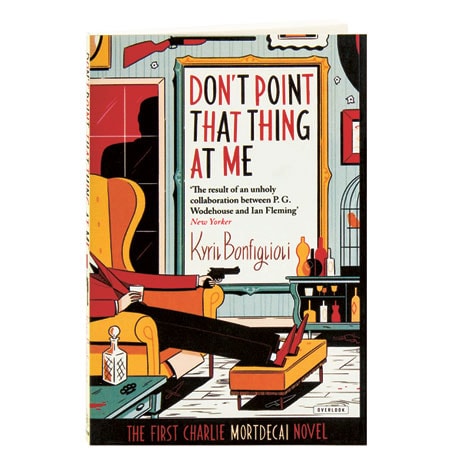 Don't Point That Thing At Me: The First Charlie Mortdecai Novel

Don't ask how Charlie Mortdecai came into possession of a stolen masterwork by Goya, but its disappearance is causing tension between Spain and its allies. Not that it matters to Charlie—until compromising pictures of some British diplomats also come into his possession, tempting him to engage in further criminal activity. Despite his best efforts to make a dishonest living, and even with the aid of his brutish manservant Jock Strapp, Charlie endures all manner of nastiness involving various governments, secret organizations, and a lovely young German woman in this first novel of the series.