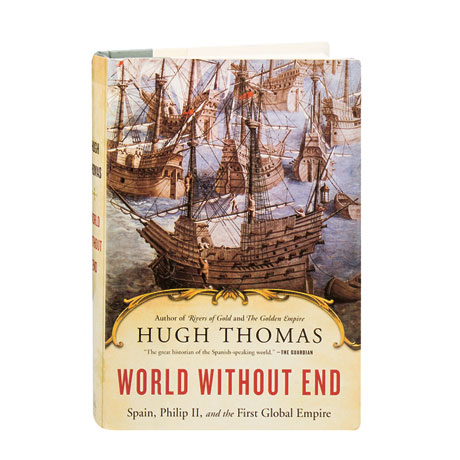 In the second half of the 16th century, Spain's pious, cheerful King Philip II experienced misgivings about the vast power he inherited from Charles V, yet nonetheless exercised far-reaching influence over Europe and the New World. Concluding the trilogy that began with Rivers of Gold and continued in The Golden Age, Hugh Thomas chronicles here the story of Philip and the entitled descendants of Spain's illustrious explorers—men who, like their king, came into possession of land they never conquered and wielded supremacy they never sought. Here too are the Roman Catholic religious leaders of the Americas, whose rivalries facilitated the rise of the emerging Jesuit order; New Spain's wealthy hedonists, throwing opulent parties; early attempts by enlightened planters to curb imperial Spain's labor abuses in the Americas; and the unexpected movement that encouraged Philip II to conquer China.

"Literary power is a vital part of a great historian's armory. As in his earlier books, [Hugh] Thomas demonstrates here that he has this in abundance."—Financial Times