The English and Their History 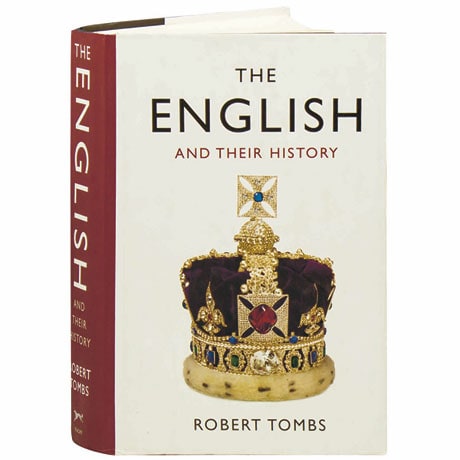 The English and Their History

At a time when the England lacked a common ruler and didn't even have a name, its people were already a recognizable entity. But who are the English, and how have they changed? In this New York Times Notable Book, Cambridge professor Robert Tombs follows the tale of the world's oldest nation from the Bronze Age through the Scottish referendum of 2014. Traveling from the monasteries of Northumbria and the wetlands of Wessex to cosmopolitan and increasingly diverse London, Tombs traces the island's incomparable contributions to language, law, religion, commerce, and government, while also candidly charting England's negative impact on the world. Including 32 pages of color plates, this engaging and persuasive" (Guardian) survey is also an in-depth look at how the British have understood and disagreed about their own history, forgotten it and yet been shaped by it.

"Spectacular and massive…. It's a book for our times that should also become the standard text for the century to come."—The Atlantic

"Commanding…. Arguably the finest one-volume history of any nation and people ever written…. Comprehensive, authoritative, and readable to a fault, this book should be on the shelves of everyone interested in its subject."—Publishers Weekly