Speaking American: How Y'all, Youse, and You Guys Talk: A Visual Guide 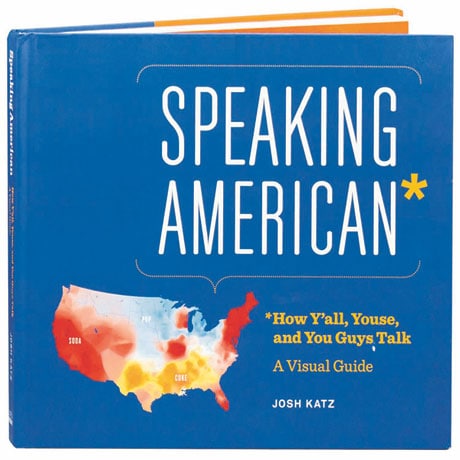 Speaking American: How Y'all, Youse, and You Guys Talk: A Visual Guide

How do you pronounce "pecan"? What do you call a long sandwich with varieties of meats and cheeses? Do you cut the grass—or mow the lawn? The answers to these questions—and the distinctions they reveal about who says what and where they say it—are windows into the history of our nation and our evolving approach to the English language. In December 2013, Josh Katz released an interactive dialect quiz in the New York Times that became the most viewed page in the paper's history, and he later collated the responses to create this tour through the American vernacular. Here are the opposing sides in the linguistic battles between "soda" and "pop," and "cougar" and "mountain lion," as well as our polarized pronunciations of "coupon," "candidate," "aunt," and "crayons." Along with presenting his findings in colorful, accessible maps and graphs, Katz also makes intriguing detours as he explores the dialects of New England, the Pacific Northwest, and the Carolinas.