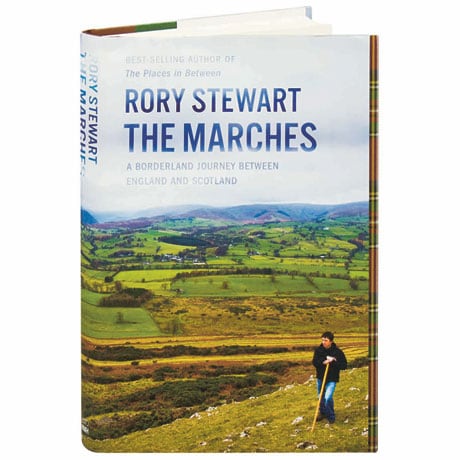 Having previously hiked through perilous countryside in Iraq (Prince of the Marshes) and Afghanistan (The Places in Between), Rory Stewart travels much closer to home here, walking 400 miles along the border of England and Scotland. Too easy? No, Stewart is joined on the trip by his 89-year-old father, a wily, comical, infuriating former British intelligence officer. In this ""beautiful, evocative and wise"" (Minneapolis Star Tribune) memoir, Stewart reflects on the landscape and its forgotten people, the future of the British Empire, and his relationship with his indomitable dad.

"There are few authors whose books are automatic purchases, whatever the subject.... Stewart makes it a joy to learn every tree, flower, and butterfly, to explore where Roman forts stood, and to understand the ancient histories of the region. Another winner from a consistently engaging author."—Kirkus Reviews (starred review)

"[Stewart] paints vivid portraits.... [He] anchors his lively mix of history, travelogue, and reportage on local communities in a vibrant portrait of his father, who was both a tartan-wearing Scotsman and a thoroughly British soldier and diplomat. This is a subtle, clear-eyed, ardent case for the United Kingdom's future, one that recognizes cross-border divisions but deeply values ties that bind."—Publishers Weekly