Contraband: Smuggling and the Birth of the American Century 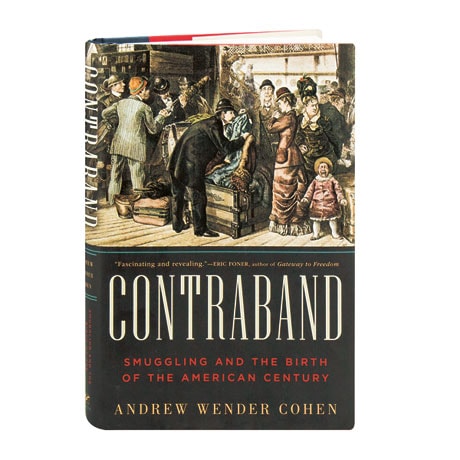 Contraband: Smuggling and the Birth of the American Century

In 1875, Charles L. Lawrence made international headlines when he was arrested for smuggling silk worth $60 million into the United States, scandalizing a nation whose founders themselves had once dabbled in contraband. As Andrew Wender Cohen relates here, America long suffered from a split personality regarding smuggling; even as stateside buyers snapped up forbidden luxuries, the custom house waged a "war on smuggling," inspecting every traveler for illicitly imported silk, opium, tobacco, sugar, diamonds, and art. The Union blockade of the Confederacy heightened the obsession with contraband, but as Cohen describes in this history, smuggling entered its prime during the Gilded Age, when characters like assassin Louis Bieral, Congressman Ben Butler, and actress Rose Eytinge tempted consumers with foreign luxuries.