The Kamikaze Hunters: Fighting for the Pacific: 1945 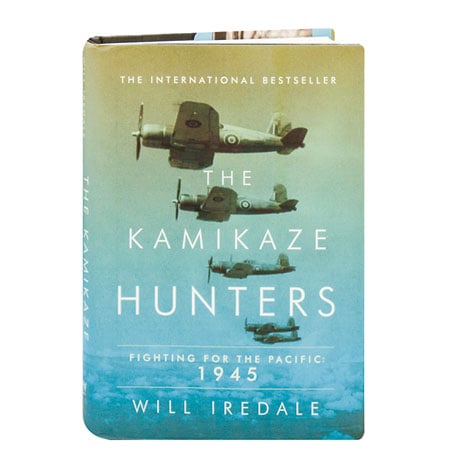 The Kamikaze Hunters: Fighting for the Pacific: 1945

In May 1945, with victory in Europe established, the war was at an end for some, but on the other side of the world the Allies were still engaged in a bitter struggle to control the Pacific. Increasingly desperate, the Japanese unleashed a terrible new form of warfare: the suicide pilots, or Kamikaze, who deliberately flew their planes into Allied aircraft carriers. Through detailed research and extensive interviews with survivors, Will Iredale follows a group of young Britons from the moment they signed up, taking them through their initial training and early aerial skirmishes to their harrowing experiences against fanatical pilots who—just months before Japan's surrender, in the final summer of the war—chose death rather than risk their country's dishonorable defeat.