The Lost Gospel: Decoding the Ancient Text That Reveals Jesus' Marriage to Mary the Magdalene 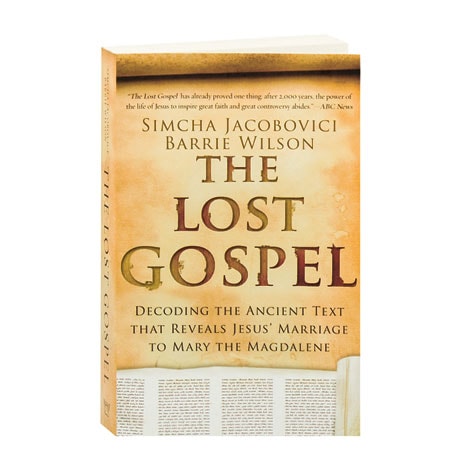 The Lost Gospel: Decoding the Ancient Text That Reveals Jesus' Marriage to Mary the Magdalene

Rediscovered in the British Library, an ancient Syriac Christian manuscript dating back at least 1400 years (and possibly to the 1st century) tells the inside story of Jesus's social, political, and family life, argue journalist Simcha Jacobovici and historian Barrie Wilson. Here they present a full and annotated translation of this apocryphal gospel, illustrated with color photos. It details Jesus's marriage to Mary Magdalene, a previously unknown plot on his life (13 years prior to the crucifixion) and another on his family, Jesus's connection to political figures at the highest level of the Roman Empire, and the establishment of the first Christian religious movement—the Church of Mary Magdalene.