The Tide: The Science and Stories Behind the Greatest Force on Earth 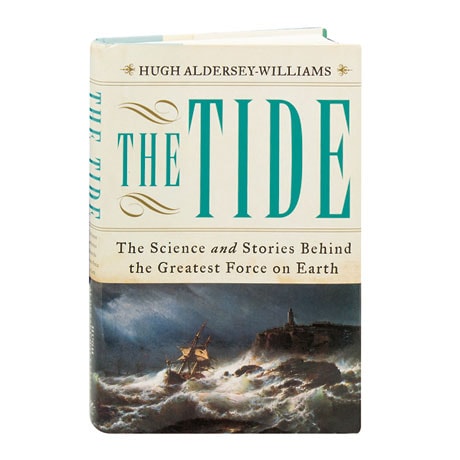 The Tide: The Science and Stories Behind the Greatest Force on Earth

Half of the world's population today lives in coastal regions, but the tide rises and falls according to rules that are a mystery to almost all of us. Here the author of The Adventures of Sir Thomas Browne in the 21st Century looks for answers, visiting Nova Scotia's Bay of Fundy, where the tides are the strongest in the world; Norway, home of the raging whirlpool known as the maelstrom; and Venice, a city at the mercy of the acqua alta. Hugh Aldersey-Williams surveys pioneering studies of the tide by Aristotle, Galileo, and Newton, and examines how it is portrayed in works by Shakespeare, Dickens, Melville, and Verne. Here too is a look at tidal factors on the myth of Scylla and Charybdis, the story of Moses parting the Red Sea, the conquests of Julius Caesar, the Boston Tea Party, and the D-Day landings in Normandy.