Flaubert In The Ruins Of Paris: The Story of a Friendship, a Novel, and a Terrible Year 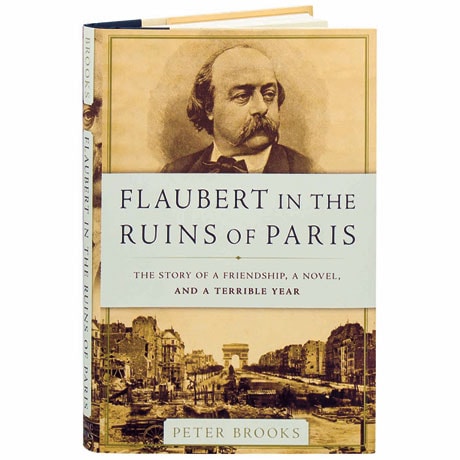 Flaubert In The Ruins Of Paris: The Story of a Friendship, a Novel, and a Terrible Year

From the summer of 1870 through the spring of 1871, France suffered a humiliating defeat in its war against Prussia and witnessed bloody class warfare that culminated in the crushing of the Paris Commune. In this history, Peter Brooks references letters between Gustave Flaubert and his novelist friend and confidante George Sand, exploring Flaubert's political commitments and understanding of war, occupation, insurrection, and repression, as well as why he thought his recently published novel Sentimental Education was prophetic of the upheavals in France during this time of crisis. Weaving history, art history, and literary criticism, Brooks traces how the building of the Sacré-Coeur on Paris's highest summit and the emergence of photography shed new light on the pivotal moment when France redefined herself for the modern world.