The Passion Of The Western Mind: Understanding the Ideas That Have Shaped Our World View 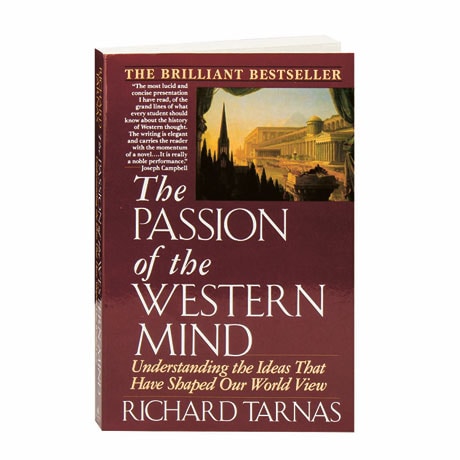 The Passion Of The Western Mind: Understanding the Ideas That Have Shaped Our World View

From Plato and Augustine to Nietzsche and Freud, Western culture has been shaped by a profusion of philosophical, religious, and scientific ideas, even a fraction of which could occupy you through a four-year college education. First published in 1991 and already considered a classic in its field, Richard Tarnas's singlevolume survey distills 3,000 years of human intellectual endeavor into an engrossing narrative, taking us from the rise of the Greeks through the triumph of the monotheistic religions, the increasing secularization of the world, and the dawn of postmodernism. Along with the major contributions of Aristotle, Aquinas, Copernicus, Galileo, Descartes, and Darwin, Tarnas also discusses Dante, Beethoven, Wordsworth, Beckett, Kafka, and Virginia Woolf.