Their Backs Against The Sea: The Battle of Saipan and the Largest Banzai Attack of World War II 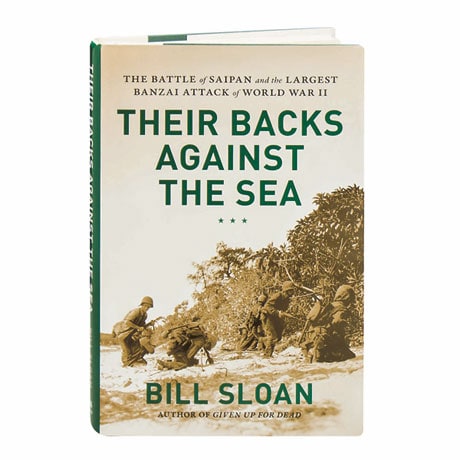 Their Backs Against The Sea: The Battle of Saipan and the Largest Banzai Attack of World War II

Launched in the summer of 1944, the Battle of Saipan was destined to be a pivotal struggle. For the Americans, capturing the island would result in secure air bases for the new B-29s, putting them within striking distance of Japan; for the battle-weary Japanese, the fate of their nation lay in the balance. At the climax of the 25-day struggle, a massive banzai suicide attack struck a major blow against U.S. forces, but at a cost of more than 4,000 men in 15 hours—the greatest and the last such attack of the war. The author of Given Up for Dead combines interviews, oral and unit histories, and unpublished accounts to give us this gritty new depiction of one of the bloodiest yet most overlooked battles of the Pacific theater.