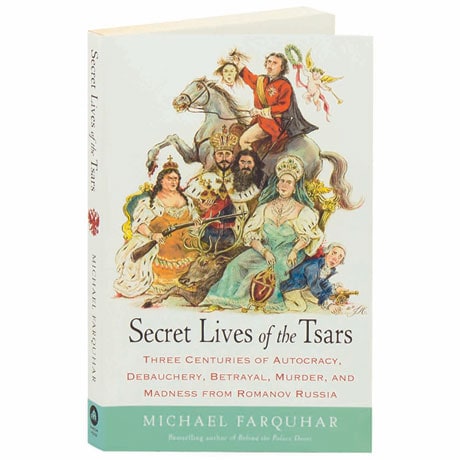 Michael Farquhar doesn't write about history the way, say, Doris Kearns Goodwin does, Washington Post columnist Gene Weingarten once opined. "He writes about history the way Doris Kearns Goodwin's smart-ass, reprobate kid brother might." Farquhar here rolls out the Romanovs, whose 300-year reign was remarkable for its shocking violence, spectacular excess, and unimaginable venality. From Peter the Great's penchant for personally beheading his recalcitrant subjects (he kept the severed head of one of his mistresses pickled in alcohol) to Nicholas and Alexandra's demise at the hands of the Bolsheviks, Farquhar captures all the splendor and infamy that was Imperial Russia.