Victoria: The Queen: An Intimate Biography of the Woman Who Ruled an Empire 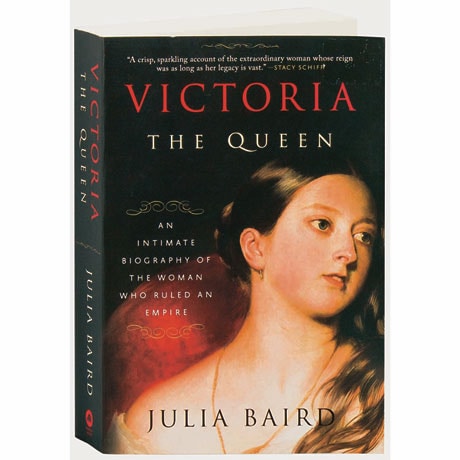 Victoria: The Queen: An Intimate Biography of the Woman Who Ruled an Empire

Fifth in line to the throne of England at the time of her birth in 1819, Victoria was an 18-year-old woman thrust into an extraordinary role: queen of a quarter of the world's population. Even as her nation was reshaped by the Industrial Revolution and a growing tide of republican sentiment, the young queen redefined the monarchy itself, overstepping traditional boundaries and offering frank, forceful guidance to her ministers and subordinates. In this 2017 New York Times Best Book of the Year, Julia Baird shatters the longstanding image of the dour, joyless queen, depicting instead a woman who delighted in power, sex, and statecraft. Baird's book also includes new information from the royal archives on Victoria's controversial, intimate relationship with her servant John Brown.