A World Made New: Eleanor Roosevelt and the Universal Declaration of Human Rights 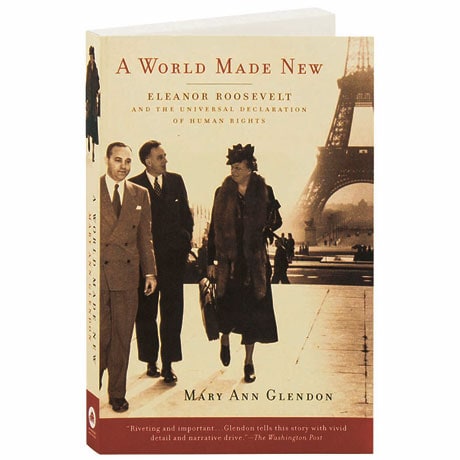 A World Made New: Eleanor Roosevelt and the Universal Declaration of Human Rights

Unafraid to speak her mind and famously tenacious in her convictions, Eleanor Roosevelt was still mourning the death of FDR when she was asked by President Truman to lead a controversial commission under the auspices of the newly formed United Nations, hoping to forge the world's first international bill of rights. In this Robert F. Kennedy Award finalist, Mary Ann Glendon tells the inspiring story of this remarkable group of men and women from around the world, who gave us the founding document of the modern human rights movement. "Riveting and important.... Glendon tells this story with vivid detail and narrative drive."—Washington Post