The First Clash: The Miraculous Greek Victory at Marathon and Its Impact on Western Civilization 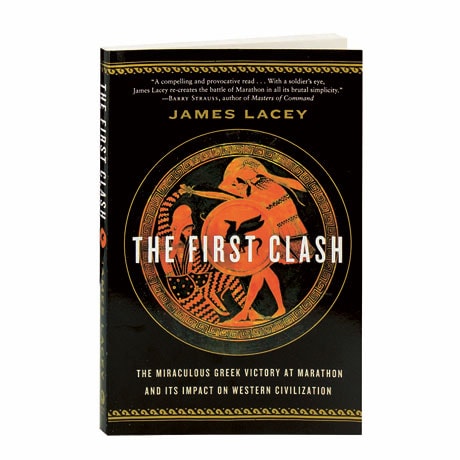 The First Clash: The Miraculous Greek Victory at Marathon and Its Impact on Western Civilization

One of history's pivotal battles, Marathon evokes images of almost superhuman courage, endurance, and fighting spirit. In this eye-opening book, military analyst James Lacey takes a fresh look at Marathon and reveals why the battle happened, how it was fought, and whether, in fact, it saved Western civilization. Lacey reconstructs the world of the 5th century BC, leading up to the astonishing military defeat of the Persian Empire by the outnumbered but relentless Greek defenders. Here too is a look at the aftermath of Marathon, whose veterans became the equivalent of our "Greatest Generation." Immediate, visceral, and full of new analyses, Lacey's history is a superb reinterpretation of a conflict that indeed made the world safe for Aristotle, Plato, and our own modern democracy.