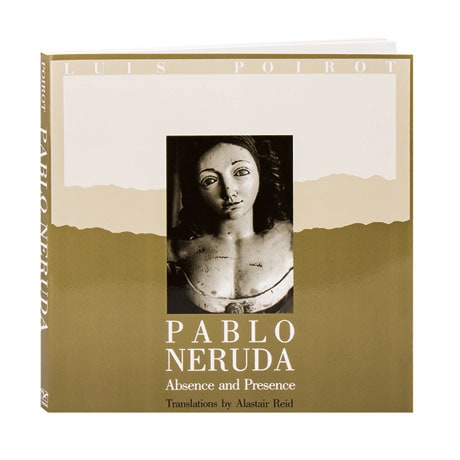 Photographer Luis Poirot met the great Chilean poet Pablo Neruda in 1969, and later visited him at his home on Isla Negra, photographing several portraits. Returning in 1982, nine years after Neruda's death, Poirot was struck by the sense that the poet still seemed so present there, among the many people who loved him, while his several houses—though crowded with his collections—made clear his absence. With 86 large black and white plates, this remarkable album from 1990 pairs Poirot's images of Neruda and of his empty places with English and Spanish texts of the poet's own work, often intimately tied to his surroundings. Here too are poignant remembrances from Matilde Urrutia, Alastair Reid, Jorge Saure, and others Neruda profoundly touched.