Paleofantasy: What Evolution Really Tells Us About Sex, Diet, and How We Live 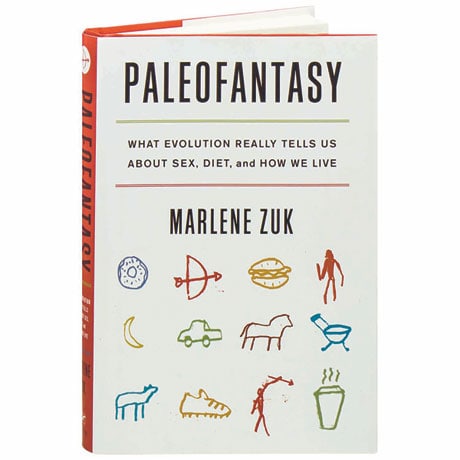 Paleofantasy: What Evolution Really Tells Us About Sex, Diet, and How We Live

We evolved to eat berries rather than bagels, to live in mud huts rather than condos, to sprint barefoot rather than play football—or did we? Are our bodies and brains truly at odds with modern life? And do we like the crunchiness of potato chips because they remind us of the insects that primitive man consumed? Here the author of Sex on Six Legsargues that popular theories about how our ancestors lived and why we should emulate them are often based on speculation and fantasy, not scientific evidence. In addition to debunking the paleo diet and unraveling gender stereotypes, Marlene Zuk compellingly cites such evidence as adults' ability to drink milk to the texture of our ear wax to show that, not only are we biologically different from cavemen, we've actually never stopped evolving.