Searching For Sappho: The Lost Songs and World of the First Woman Poet 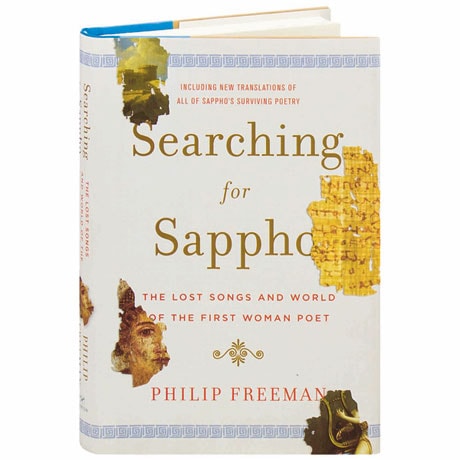 Searching For Sappho: The Lost Songs and World of the First Woman Poet

For more than 25 centuries, all that the world has known of the poems of Sappho—the first woman writer in literary history—are a few brief quotations preserved by ancient male authors. Yet those meager remains showed such power and genius that they have captured the imagination and curiosity of readers through the ages. Showing uncommonly thorough scholarship, Philip Freeman translates and analyzes the nearly 200 fragments that remain of Sappho's poetry—including "The Brothers Poem," discovered in 2014—to create this composite portrait of the poet. Along with providing historical details about the life of women in ancient Greece, Freeman also quotes from the works of Sappho's contemporaries, who esteemed her as one of the greatest poets of antiquity.