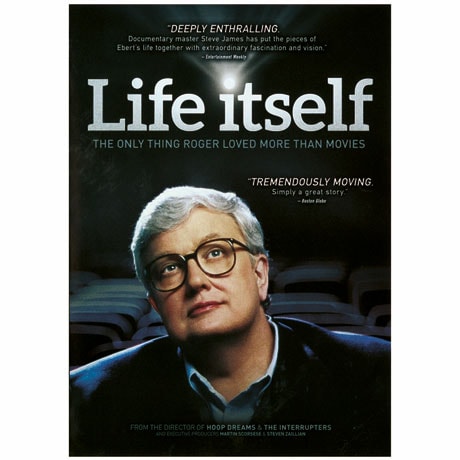 Based on Roger Ebert's bestselling memoir and released a year after his death in 2014, this documentary follows him from his Pulitzer Prize-winning film criticism at the Chicago Sun-Times to his TV show with Gene Siskel, his establishment as America's best-known film critic, and finally his dignified battle against cancer. Including clips from interviews and Ebert's other TV appearances, director James Carroll also discusses Ebert's professional and personal appeal with the critic's widow Chaz Ebert, as well as directors Werner Herzog, Errol Morris, and Martin Scorsese (who served as executive producer of this film). Here too is a look back at Ebert's least likely job, scripting Russ Meyer's camp classic Beyond the Valley of the Dolls. (2 hrs 1 min/2015)