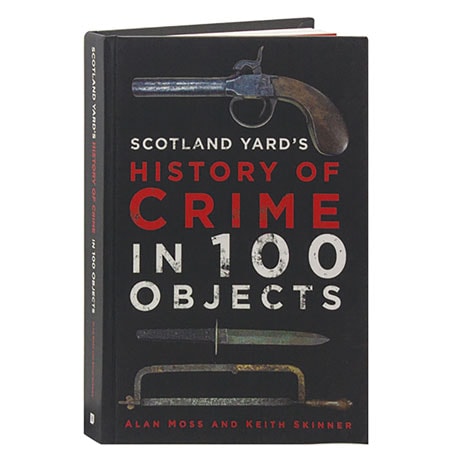 A briefcase and syringe belonging to the Kray twins. The noose used to hang murderess Ruth Ellis. Serial killer Dennis Nilsen's pot, which he used to boil the flesh of his victims. All these objects and more have long been hidden away in the so-called Black Museum in the back room of Scotland Yard, a collection which, although world famous, is so macabre it has never before been opened to the public. There's a peculiar appeal to British crimes, and so each of the artefacts chosen for this illustrated book is a window onto a fascinating (if brutal) world, with some of the other notables being the poisoned pellet used to assassinate author Georgi Markov in 1978 and the fingerprint-covered ketchup bottle that helped convict the Great Train Robbers in 1964.