The Firemaker: A China Thriller 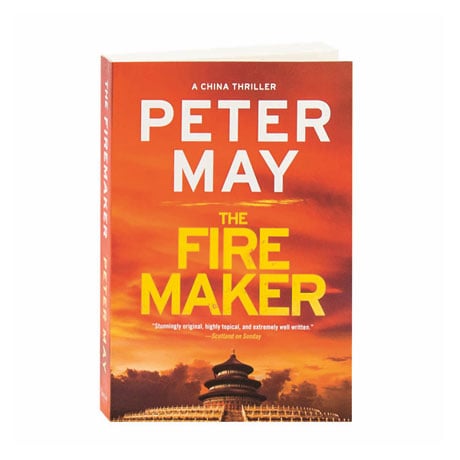 The Firemaker: A China Thriller

A grotesquely burned corpse found in a city park is a troubling mystery for Beijing detective Li Yan, who realizes he needs outside help if he is to break the case. The cadaver is a welcome distraction for forensic pathologist Margaret Campbell, who has left America and her broken past behind, and before long she uncovers a bizarre anomaly. An unlikely partnership develops between Li and Campbell, and a fiery and volatile chemistry ignites, exposing not only their individual demons but also a conspiracy that threatens their lives, as well as those of millions of others. This is the first of Peter May's China thrillers, and his bracingly authentic series earned him honorary membership in the Chinese Crime Writers' Association.