Revolutionary Science: Transformation and Turmoil in the Age of the Guillotine 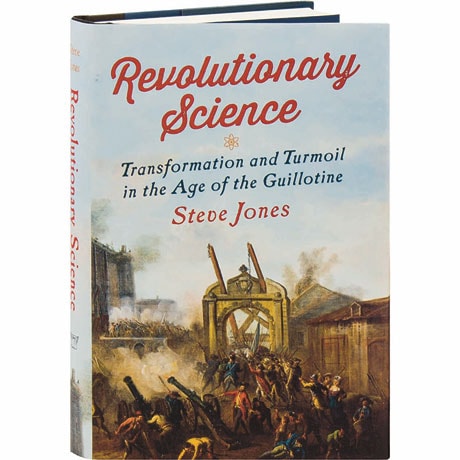 Revolutionary Science: Transformation and Turmoil in the Age of the Guillotine

Before the French Revolution, Paris was the world capital of science, and its considerable numbers of scientists and scholars helped to lay the foundations of today's physics, chemistry, and biology. In a horrific turnabout, however, the decade of chaos that ended the 18th century landed many of France's most important thinkers in prison, as mob rule prevailed in the streets. Published in Britain as No Need for Geniuses, Steve Jones's account discusses the fate of such visionary scientists as Antoine Lavoisier—framed and executed for selling inferior tobacco—and charts how this wanton destruction of great minds affected later thinkers like Charles Darwin, Marie Curie, Alfred Nobel, and Albert Einstein.